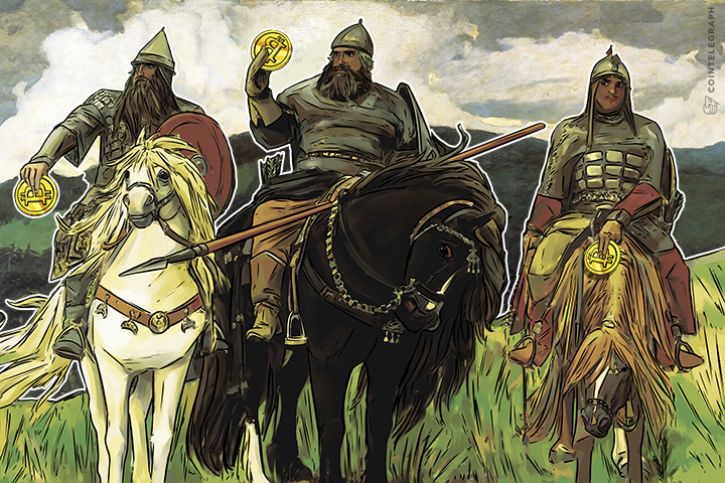 So Much News And Hype – What Info Is Trustworthy?

Don’t believe everything you read on the internet. If you read these articles closely you will see that the words “may”, “might” and “could” are used a lot. Are these articles just hype and even rumors or fake news or are they based on facts and real sources? Well it’s hard to know with all of the hype around bitcoin and cryptocurrency today.

Russia seems to be making headlines again and again and many of the articles in the past month or so seem to be rehashes of the same speculations and rumors. In the following articles read carefully and do your own research about each subject, remember that these websites posting these articles may have their own agenda and initiatives and unless a real trustworthy source is used in the article most information can be seen as speculation or just rumor or hype. So here are the news updated regarding cryptocurrency regulation around the world, including updates from Russia, Australia and USA.

Australian authorities are making progress with revisions to the AML/CTF bill which will include bitcoin exchanges under the scope of Australian legislation for the first time. The Australian Parliament published [PDF] newly updated provisions today, part of a wider reform of the government’s anti-money laundering and counter-terrorism financing (AML/CTF) laws. In it, the Senate Legal and Constitutional Affairs Legislation Committee has prioritized the regulation of digital currency exchange operators, among other objectives, under the purview of the Australian Transactions and Reporting Analysis Centre (AUSTRAC), the country’s financial intelligence agency and watchdog.

The Commodity Futures Trading Commission (CFTC) has revealed it may consider tokens issued through initial coin offerings (ICOs) as commodities. A publication released today by LabCFTC, a fintech initiative within the US regulator, covers the basics of the technology as well as a number of use cases. However, it also highlights the CFTC’s existing regulatory posture toward cryptocurrencies – back in 2015, the agency said that it would classify bitcoin and other cryptographic assets as commodities. Notably, the document includes comments on recent Securities and Exchange Commission (SEC) statements around ICOs. In July, the agency said that blockchain-based tokens sold through the funding model could fall under the federal definition of a security, thus triggering a host of regulatory implications.

Russian President Vladimir Putin has made history today, when he endorsed the creation of a soon to be unveiled CryptoRouble, the world’s first cryptocurrency endorsed by a state. Russian monetary experts and political leaders have recently begun engaging in a debate which pitted monetary conservatives against monetary radicals. Most Russian officials agreed that allowing the use of western designed (though not western state endorsed) cryptocurrencies such as Bitcoin, was not compatible with Russian financial security concerns. China, for example, reached a similar conclusion about existing cryptocurrencies.

Russian Minister of Communications Nikolay Nikiforov has revealed that a state-issued cryptocurrency called “CryptoRuble” is set to be launched. Russian President Vladimir Putin reportedly made the announcement during a closed-door meeting in Moscow. The Cointelegraph reported the news citing local news sources.  According to the report, it will not be possible to mine the new virtual currency, which will be controlled and maintained by state authorities. Owners will be able to exchange their currency for Russian rubles at any time, and a 13 percent tax will be levied if the holder can’t explain where the CryptoRubles came from. A 13 percent tax will also be applied on earned differences between the price of the purchase of the token and the price of the sale. All signs point to this being a blockchain-based currency.

Russia could evolve into the next major Bitcoin market, as the government continues to encourage Bitcoin mining and moves closer towards regulating its cryptocurrency exchange market. Russia’s plan Earlier this week, Cointelegraph revealed that Russian President Vladimir Putin approved the launch of CryptoRuble, a cryptographically-secured state-issued national digital currency. Minister of Communications Nikolay Nikiforov said: “I confidently declare that we run CryptoRuble for one simple reason: if we do not, then after two months our neighbors in the EurAsEC will.” Several analysts have speculated that the launch of CryptoRuble would likely lead to a nationwide ban on Bitcoin and other cryptocurrencies. However, according to Putin, that is not the case and the Russian central bank has plans to regulate Bitcoin and cryptocurrencies.

A meeting of Russian officials that included President Vladimir Putin concluded that both the supply and mining of digital assets will come under the purview of central regulators. According to TASS news agency, finance minister Anton Siluanov stated that the government should “control the process of cryptocurrency emissopm and its circulation.” According to reports, Russians will not be allowed to mine cryptocurrency, a process that will be maintained by a central authority. Holders of the digital asset will be allowed to exchange it for Russian rubles at any time.