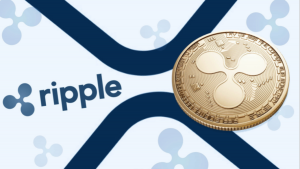 Ripple, the blockchain payments technology firm based in San Francisco has registered a new trademark with the United States Patent and Trademark Office shortly known as (USPTO) which is an agency in the United States Department of Commerce. Ripple’s newly-registered trademark is for its product called PayString. Reportedly, the filing was made on the 6th of November and has been accepted on the 13th of November.

Some in the cryptocurrency community believe that the blockchain payment firm is coming with the launch of a new product with this trademark registration. However, it might not be the true case as a community member known as Panda Ripple XRP has said in a tweet that the company will be rebranding its PayID service to PayString because of the trademark infringement.

In the month of August, a lawsuit was filed against Ripple over trademark copyright infringement by a company known as NPP Australia which is owned by thirteen financial organizations. NPP Australia said that it had filed a trademark registration for its PayID product back in the year 2018. The company alleged that Ripple has copied their product’s name.