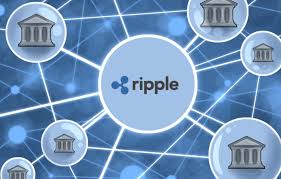 Currently, the blockchain payment tech firm Ripple is headquartered in San Francisco, the United States. However, it is planning on relocating from the United States possibly because of the lack of regulatory clearance. According to the Chief Executive Officer (CEO) of Ripple Brad Garlinghouse, the company has shortlisted two possible locations where they may relocate their headquarters. These are Japan and Singapore.

In an interview with Bloomberg on October 21, 2020, Brad Garlinghouse revealed that they are looking into some other countries for relocating their headquarters as they intend to leave the United States due to some regulatory uncertainty. So, if they leave the US, they will be moving into Japan or Singapore which are the most likely destinations for them, according to Garlinghouse.

Other possible destinations where the company may look into are the United Kingdom, the United Arab Emirates, and Switzerland, said the executive.

Most likely, Ripple will be looking into Japan as it already has some presence in the country through its partnership with SBI Holdings a Japanese financial giant. Japan is also considered one of the biggest and fast-growing markets in the world. Garlinghouse revealed that they are already in talks with SBI regarding their plans to move into the country of Japan.

We need Regulatory clarity in the United States

While explaining why they intend to exit the United States, Garlinghouse said that there is no regulatory clarity given by the regulatory authorities of the U.S. regarding the status of digital currencies. There are different opinions on the status of cryptocurrencies whether they are currency, commodity, security, or property. Their status is not confirmed in the United States.