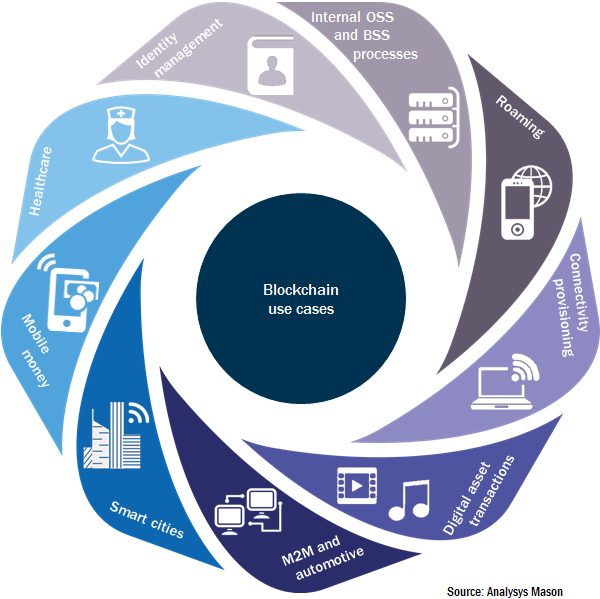 The word that is spoken quite often by people from all locations and there is not a single day that passes without a mention of it – Yes, it is “Blockchain”.

With the advent of Bitcoin the digital currency, the power of blockchain started engulfing in almost every walk of life mainly in online transactions. This did not spare any industry including telecommunications field. To know how and what is the impact caused by blockchain in telecom area, continue reading.

Software used to power the database to make verification about any online transaction is called a blockchain. When the database is visible in public, it becomes difficult to edit to cheat as others will be aware of the changes. Also, the system can detect the person who attempts to do any mischievous act. The distributed and decentralized character of blockchain will avoid any company or an individual trying to control others. It allows every individual to have security and manage the transaction safely.

The user will enable in running the system with the PC and stores the records in a sequence called blocks. The technology behind this is called as cryptology which is similar to any mathematical calculation. The data are held in multiples and cryptographically verified. The ledger is maintained in the network.

Telecom industry’s infrastructure has started undergoing many changes in the recent past due to service providers switching to use virtual software and manager network instead of the proprietary hardware. The challenges and benefits of the blockchain on telecom should be analyzed.

Blockchain certainly will reduce the network cost not just in one way but many. Moroever, the reduction in value will happen mainly through gain in the efficiency. It will enable the service providers to save money using the technology and dependence on third parties in a limited manner for any transaction to get completed. Consider ethereum blockchain as an example, which will remove the mediator during any data exchange.

Blockchain brings in to the telecom model a decentralized approach. This will complement open source viewpoint, and this drives many different communities under one umbrella. Moreover, this decentralization will offer security and privacy to the end users.

Blockchain will help to provide connection to many areas and also the Wi-Fis can work efficiently following specific terms. The telecom business can cash in on IoT gadgets. The decentralization control will provide better security and makes the web-connected devices scalable in a better way than before.

Due to the introduction of NFV called the Network Functions Virtualization and SDN – Software Defined Networking in the telecom business, blockchain is on the edge of disrupting the business operations. There are still many questions about how private blockchain can relate to regulatory frameworks etc. is lingering the minds of public.

It is expected for the service provider to streamline the operation to embrace the concept of blockchain in the telecommunication industry.