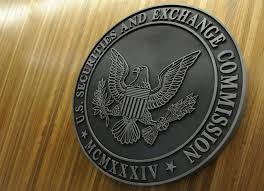 For the First Time, An Initial Coin Offering And Its Owner Are Charged By The SEC The 2 initial Coin Offerings that were charged with fraud are REcoin ICO and DRC World ICO, both owned by the same person, named Maksim Zaslavskiy. This is the first time that an Initial Coin Offering has been targeted and charged by the U.S. SEC (financial regulator) but it will most definitely not be the last.

This story has been written and posted about on SEVERAL news portals in the past 24 hours, including the following:

What Does This Mean?

On one hand this means that the big guns are going after ICOs, it’s hard to know if it is because they are afraid of the crypto industry and they are trying to minimize the danger that the crypto market has of impacting other financial markets prominence and monopoly in the financial world.

On the other hand many people are saying that a large percentage of ICOs may be in fact nothing more than scams, if this is the truth then we are lucky that big brother SEC is here to guard us all from these malicious and dangerous investment frauds.

Innocent until proven guilty – this is the way of the US justice system works and it is good that things are this way today! This means that for now they are being charged but not guilty in any way or manner. Until they are convicted or found guilty we can only speculate…