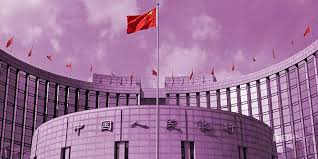 China’s central bank known as The People’s Bank of China (PBoC) has said in a blog post that it has helped the law enforcement agency to crack down on a number of gambling sites operating online. As per the blog post of the Chinese central bank, these gambling sites were involved in illicit cross-border activities and they made use of cryptocurrency for laundering their illicit funds.

The central bank of China has published a blog post on October 22, 2020, in which it has reported how it helped the law enforcement agency to crack down on a cross-border online gambling case. According to the blog post, the Huizhou City Center Branch of the People’s Bank of China together with the local police apprehended a gang of criminals who were illegally operating gambling sites for illicit purposes. The police were able to arrest 77 of the suspects. Moreover, they destroyed around three of the criminals’ cross-border gambling websites.

Reportedly, the suspects not only laundered their funds through bank transfers but they also used cryptocurrencies for this purpose as well. As the blog post stated:

“The case not only involves bank transfers but also virtual currencies and has been ‘laundered’ through multiple layers so the capital flow was extremely elusive.”

The case involved an amount of approximately 120 million yuan worth $18 million that was laundered by these criminals. They used the stablecoin Tether (USDT) to illegally move this amount of funds. The central bank said that criminals usually create such kinds of websites with the help of overseas servers and allegedly steal money from domestic users in different ways and then move these funds overseas.

Chinese authorities have increased their investigations on illicit economic activities in recent times. Due to this, the law enforcement authorities in China have frozen bank accounts of various cryptocurrency Over-the-Counter (OTC) traders in the country. Particularly, those OTC bank accounts were frozen whose funds were linked with activities like online gambling or Ponzi schemes. Moreover, the Chinese Police started using the help of some arrested over-the-counter cryptocurrency traders for conducting investigations on the money-laundering cases.