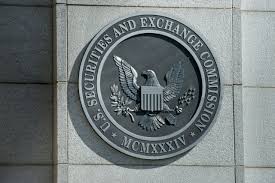 Ripple, the San Francisco-based blockchain payments giant has said that it is expecting to be sued by the United States Securities and Exchange Commission (SEC). As reported by Fortune, the US SEC is preparing to file a lawsuit against the company for allegedly conducting the sale of unlicensed securities. These securities have been sold using XRP digital tokens. This news has affected the price value of the native digital currency of the company in a negative way. XRP’s price had to go through a potential price drop.

While unveiling this fact publicly through an announcement, the Chief Executive Officer (CEO) of Ripple Brad Garlinghouse said in a tweet that the company is expected to face a lawsuit by the United States’ agency SEC over a matter of the sale of unregulated securities allegedly and regarding the status of XRP as registered security or not.

Brad Garlinghouse has openly called this act of SEC an attack on the cryptocurrency industry. He said that the Chairman of SEC Jay Clayton is “picking winners and trying to limit US innovation in the crypto industry” only to two digital currencies Bitcoin (BTC) and Ethereum (ETH). Adding more to it, he said:

We know crypto and blockchain technologies aren’t going anywhere. Ripple has and will continue to use XRP because it is the best digital asset for payments – speed, cost, scalability, and energy efficiency. It’s traded on 200+ exchanges globally and will continue to thrive.”

In another tweet, he said that they are completely ready to fight with the SEC over this lawsuit:

“The SEC – out of step with other G20 countries & the rest of the US govt – should not be able to cherry-pick what innovation looks like… Make no mistake, we are ready to fight and win – this battle is just beginning.”

Following this news, the price value of the fourth-ranked digital currency in terms of market capitalization has to suffer a severe price crash which resulted in the loss of around 21 percent of the value. Over the course of the last two days, the price of XRP decreased down from $0.56 to the $0.44 level on the San Francisco-based cryptocurrency exchange Coinbase.

This price crash has disturbed the bullish momentum of the major digital currency. At the press time, the price of XRP is standing at around $0.49 with a change rate of -5.50% in the last 24 hours.