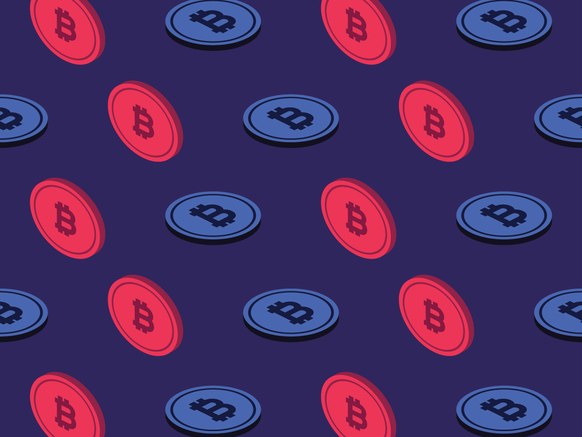 THE WORLD’S SECOND-MOST popular cryptocurrency isn’t an investment vehicle, at least according to the Securities and Exchange Commission. William Hinman, the agency’s director of the division of corporate finance, said Thursday that ether—the currency that powers the Ethereum network—shouldn’t be regulated in the same way as stocks and bonds.

His statements follow similar ones made in April by SEC chair Jay Clayton about bitcoin. Taken together, the two sets of remarks provide the clearest understanding of how the regulatory agency views the cryptocurrency market. In essence, when a cryptocurrency becomes sufficiently decentralized, as the widely popular bitcoin and ether have, the agency no longer views it as a security. In contrast, smaller initial coin offerings, or ICOs, are almost always securities in the SEC’s eyes. That distinction matters, because securities are subject to the same regulations as normal stocks.

“Based on my understanding of the present state of ether, the Ethereum network, and its decentralized structure, current offers and sales of ether are not securities transactions,” Hinman said at Yahoo’s All Market Summit: Crypto in San Francisco. “And, as with bitcoin, applying the disclosure regime of the federal securities laws to current transactions in ether would seem to add little value.”

Joe Lubin, a cofounder of Ethereum and the founder of CosenSys, a major Ethereum application company, says he is grateful for the SEC’s decision. “We applaud the clarity provided by Director Hinman and the SEC today,” Lubin said in a statement. “Ether and other next-generation consumer utility tokens will continue evolving the web towards networks that are more fair, secure, and evenly distributed. ConsenSys looks forward to continuing to engage with regulators around the globe to promote responsible adoption of this transformative technology.”

Hundreds of different developers run applications on top of the Ethereum network and contribute to its code. A similar number, if not more, help to develop Bitcoin. “The network and the software development is sufficiently decentralized that there isn’t a discernible third party upon whom we would really expect investors to be reliant,” says Peter Van Valkenburgh, the director of research at Coin Center, a think tank focused on policy issues facing blockchain technology. That’s an important distinction from traditional securities, like Apple or Microsoft stock, in which you’re betting on a specific company’s efforts to develop products and services and generate income.

The SEC’s Hinman notably stopped short of declaring that the initial investments made in ether weren’t securities. It’s possible that investments made early, before the currency became truly decentralized, could still be viewed as traditional investment vehicles. “The director was pretty clear to not be definitive about that activity,” says Van Valkenberg, who also suggests that this indicates the people who got in first—and have likely made the most money—could someday face regulation.

Hinman also said that other cryptocurrencies may become “sufficiently decentralized” in the future, to the point where “regulating the tokens or coins that function on them as securities may not be required.” But this doesn’t mean all cryptocurrencies can evade scrutiny from US regulators. The SEC has held that most so-called token sales and ICOs are likely subject to regulation, because they generally power a single startup’s product or application. ICOs are opportunities for investors to purchase the tokens that power a blockchain startup, typically before its product has gone live.

Complicating the issue: Many tokens run on top of the Ethereum network itself. So while buying and trading ether is not seen as making a traditional investment, buying and selling specific tokens that run on top of that network would be.

The SEC has ramped up its enforcement efforts against fraudulent ICO schemes in recent months. In December, the agency’s new cyber unit announced it had filed its first ever complaint, against the cryptocurrency PlexCorps, for allegedly swindling customers out of $15 million. A month later, it halted one of the largest ICOs ever, for the Dallas-based startup AriseBank.

n February, the SEC toldthe Senate’s Committee on Banking, Housing, and Urban Affairs that it was open to “exploring with Congress, as well as our federal and state colleagues,” whether to regulate cryptocurrency exchanges, websites that allow customers to convert and trade different coins for a fee.

And then in April, the agency charged the two foundersbehind an ICO that raised over $32 million, for allegedly selling fraudulent and unregistered investments. The scheme had received endorsements from professional boxer Floyd Mayweather and music producer DJ Khaled.

Owners of bitcoin and ether, however, now appear safe from that sort of close scrutiny. That doesn’t mean that investing in either cryptocurrency is necessarily safer. Researchers at the University of Texas found that a price manipulation campaign may have partially accounted for an increase in bitcoin’s price last year, for example. All that the SEC’s declarations really say is that you’re betting on an entire ecosystem, rather any one player.

Predictably though, both ether and bitcoin prices spiked Thursday, likely in response to the news.