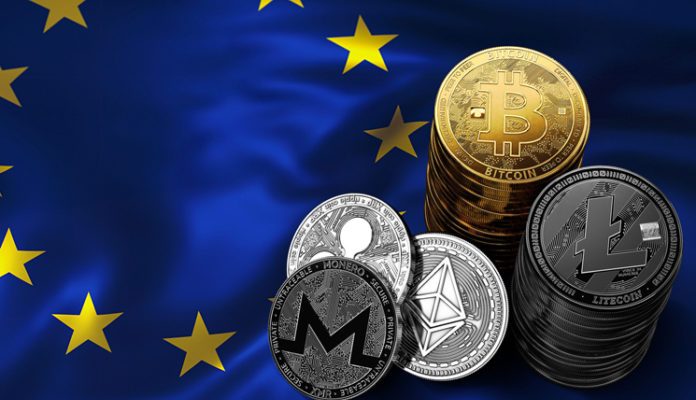 As reported by Reuters, the European Union (EU) has revealed in a document that it plans to introduce a new crypto assets regime by the year 2024. Two EU documents stated that the European Union is planning on releasing new rules within the duration of the next four years with the aim to incorporate cryptocurrency and blockchain technology into its infrastructure of cross-border payments by the year 2024.

According to EU documents, the European Union is planning on using crypto assets such as stablecoins and the distributed ledger technology (DLT) for making its cross-border payments cheaper and quick.

The new comprehensive framework will also address the risks that are associated with using such kinds of technologies. The document stated:

“By 2024, the EU should put in place a comprehensive framework enabling the uptake of distributed ledger technology (DLT) and crypto-assets in the financial sector. It should also address the risks associated with these technologies.”

“By 2024, the principle of passporting and a one-stop shop licensing should apply in all areas which hold strong potential for digital finance,” it added.

As almost 78% of payments are being made in cash in the euro zone, according to Reuters, the governing entity of EU the European Commission wants to encourage the usage of digital finance at this time.

Furthermore, the document stated that the executive of the European Union will devise a draft law illustrating how existing rules will be applied to digital assets as well as bringing new rules and regulations whenever they are needed to fill in the left gaps. Moreover, the European Commission will also make sure under its surveillance that the customer transaction costs do not go higher from regular costs.

By incorporating the use of the distributed ledger technology and digital currencies into its cross-border payments processes and by setting out new crypto regulations, the European Union is basically promoting them for international money transfers. This will further increase the mainstream adoption of cryptocurrencies as well as blockchain technology all across the entire globe.