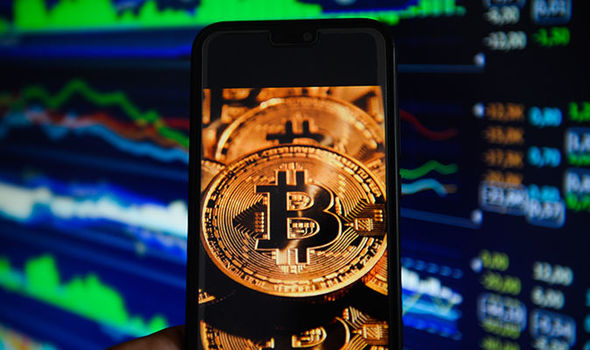 BITCOIN (BTC) is on the cusp of inciting radical change and the UK must be “ahead of the curve” to “foster innovation” in the cryptocurrency space, an expert has suggested.

Bitcoin and other cryptocurrencies have the potential to change the way the world makes payments. The digital assets are already being embraced by many major banks. Amid BTC’s 10th birthday last month, an expert has spoken to Express.co.uk about the UK’s role in cryptocurrency innovation and regulation.

eToro UK managing director Iqbal V. Gandham, who advised Nicky Morgan on the Government’s Treasury Select Committee and its Digital Currencies inquiry, explained the world’s leading cryptocurrency has the potential to fundamentally change global institutions. The UK Cryptocurrency Association (CryptoUK) chair, who welcomed Ms Morgan’s September report calling for greater regulation, said the UK is uniquely placed to become a global leader in the cryptocurrency space, arguing a risk-based approach is required to bring the asset to the masses. He said: “If the UK is going to have any say in blockchain and crypto innovation and is going to lead the world, it needs to act in 2019.

“Otherwise, like the internet, even though Tim Berners-Lee invented it, other countries will take ownership. “So if the UK wants to be the home of capital markets and money it needs to take leadership in this space.” Mr Gandham said he “absolutely” wanted to see the UK as a world leader in the crypto field, saying he saw “absolutely no reason for it not to be”. A risk-based approach to regulation will prove instrumental in the UK asserting itself on the cryptocurrency world stage, the crypto expert argued.

He said: “We need to foster innovation but we need to also ensure customers are protected and that is the key.” Financial Conduct Authority (FCA) regulation will provide a fundamental way to “add a level of credibility” into the often cautiously viewed cryptocurrency world, he continued. In an April statement, the FCA said: “We are aware of a growing number of UK firms offering so-called cryptocurrencies and cryptocurrency-related assets. “As indicated in our Feedback Statement on DLT, cryptocurrencies are not currently regulated by the FCA provided they are not part of other regulated products or services.”