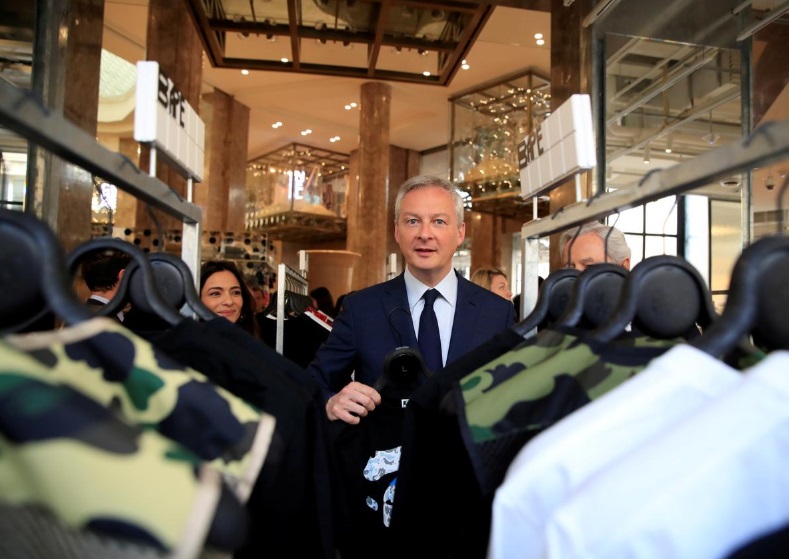 PARIS (Reuters) – France will push for the European Union to adopt a regulatory framework on cryptocurrencies similar to the one it brought in last week at a national level, becoming the first major country to do so, French Finance Minister Bruno Le Maire said on Monday.

The French parliament last week approved a financial sector law that included rules aimed at tempting cryptocurrency issuers and traders to set up in France by giving them some official recognition, while ensuring the country can tax their profits.

“I will propose to my European partners that we set up a single regulatory framework on crypto-assets inspired by the French experience,” Le Maire said in Paris at an event on blockchain technology. “Our model is the right one.”

The French government’s new cryptocurrency bill – the first of its kind adopted by a major nation – will allow firms that want to issue new cryptocurrencies or trade existing ones to apply for a certification.

In most of the world, cryptocurrencies are still either totally unregulated or banned.

The certification will be granted by the French market regulator for those who want it, and issuers, traders, custodians and investors will have to pay taxes on profits they make on those securities.

The goal is to establish a market in Paris for companies raising capital in this way, allowing France to grab a slice of the expanding business while giving it some oversight of a niche which some fear could be a target for speculators.

The European Commission has recently launched a feasibility study on how to regulate the cryptocurrency markets, though no legislation is expected at least until late 2019 as the mandate of the current administration is ending.

On unregulated markets, where no rules apply, investors are left totally unprotected if things go sour.

Under France’s regulatory proposals, authorities would verify who is behind a new coin’s issuance or a trading platform, and check the companies’ business plans and anti-money laundering rules.

The specific requirements companies need to abide by to get the regulatory stamp of approval are still to be defined by government decrees.

The certification will give investors basic guarantees against outright fraud, but will not protect them against losses.